The old adage that money can’t buy happiness has been around forever, but we needed more, so we turned to the science and studies to arrive at a conclusion.

Some 47% of Canadians live paycheque to paycheque, according to the Canadian Centre for Policy Alternatives, with about 46% having less than a month’s worth of savings.

In a study by the Financial Wellbeing Index, another 7% spend more than they earn. The BDO Affordability Index suggests 53% live paycheque to paycheque, and 27% don’t have enough to meet their needs.

A 2017 study by a University of British Columbia psychology professor Elizabeth Dunn found that most working adults across the income spectrum reported greater happiness and overall life satisfaction after they had spent money on a time-saving purchase, which could be things such as grocery delivery or lawn-care service, rather than spending on a material purchase.

Is The Price of Happiness Becoming More Expensive?

In a study [1] by psychologist Daniel Kahneman it was discovered that income can improve one’s evaluation of life, but not emotional well-being. It was concluded that happiness increases with income, up to a point.

In Kahneman and Deaton’s study they looked at the linked between income, emotional wellbeing, and overall life evaluation. 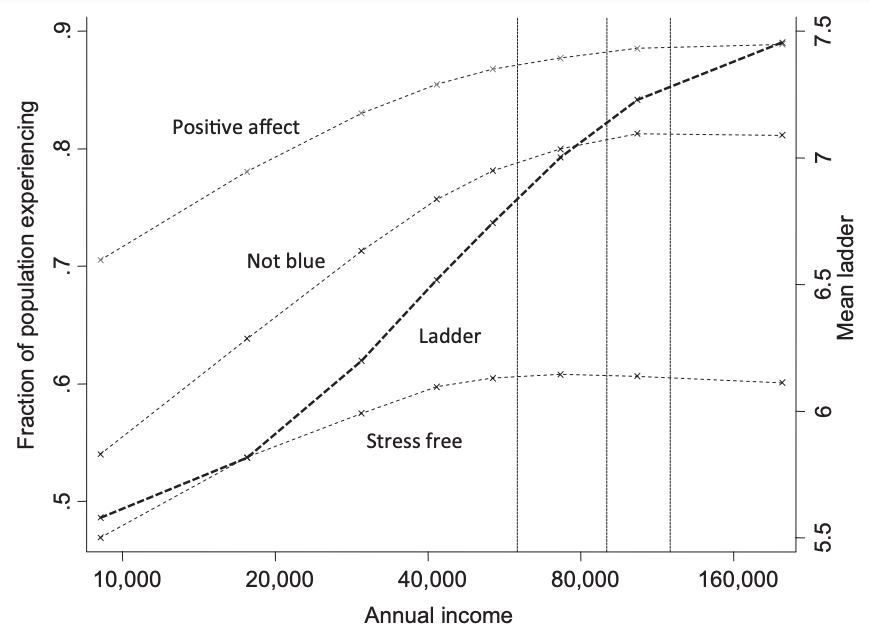 The conclusion was that any extra income begins to matter less for happiness, and might contribute to life satisfaction but not happiness.

It was also discovered that there was no further progress beyond an annual income of about $75,000. In other words, happiness has a point of diminishing returns when it involves money earned.

In the World Happiness Report it was found that Canada ranks number 15 overall. 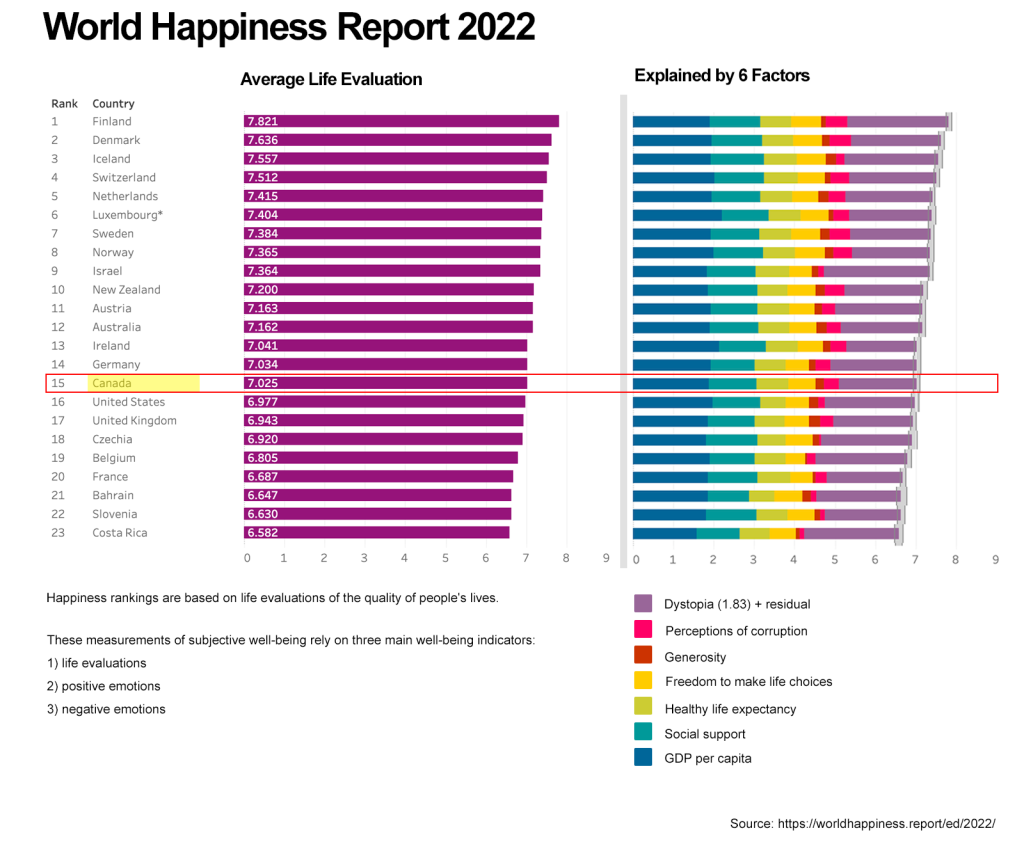 Having dropped from position seven about 5 years ago, Canada is at its lowest point ever and has been in the top 10 of the World Happiness Report for many years until recently.

In this world map you can see The Price of Happiness for every country. 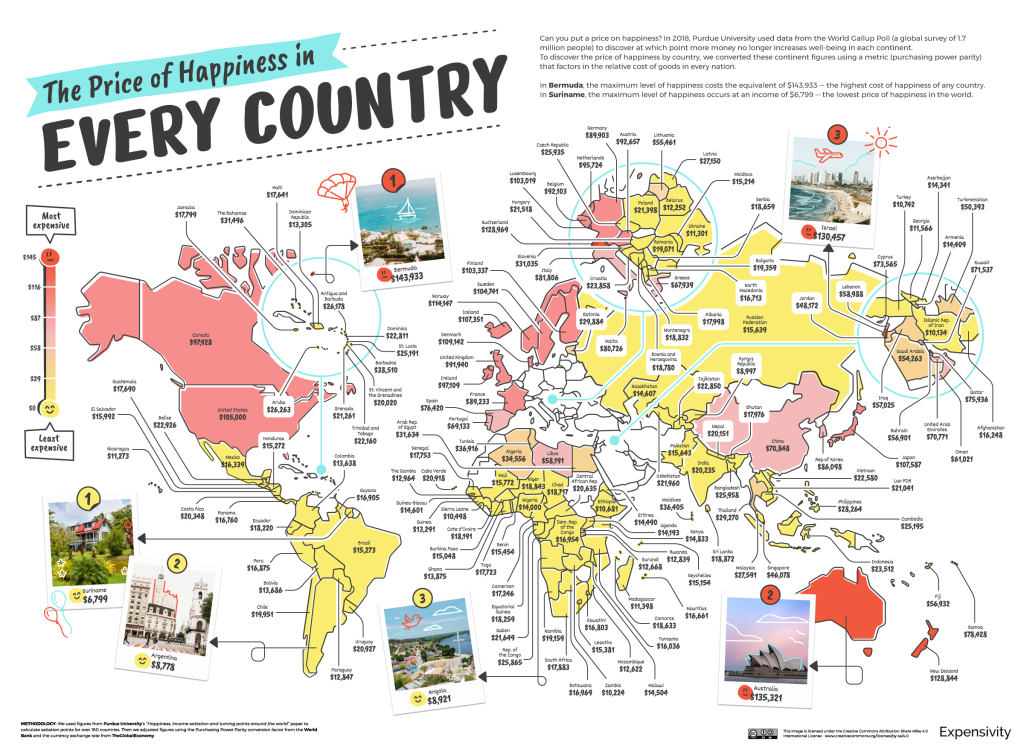 Within Canada the price of happiness is reportedly $97,928 and based on Purdue University’s paper “Happiness, income satiation and turning points around the world”.

In another study by RBC it suggests money does not help with happiness because wealth leads to more complications, complexity, and management.

But one might assume that if you removed the stressors in life, with personal finance and debt being among some of the biggest, and were able to acquire some desires as well, would this not lead to some happiness?

While we can’t answer for everyone, we feel that money can not buy happiness, but it can’t hurt either. We conclude that it really comes down to how money is used, current state of mind and satisfaction with life, along with interpretation about things such as whether material possessions play a more important role and how it correlates with what might define proverbial happiness versus what brings true joy.

For those that recently moved to Canada, this article on credit scores for newcomers can be helpful to finding happiness through finances.

Many tend to make financial mistakes that can impact their lives. Sometimes it’s for simple reasons like being short sighted about the […]

One of the best ways to save is when you optimise what you have to work with. This can involve managing your […]

Dealing with Debt and Variable Rates

With rising interest rates, knowing which debts to pay off first can go a long way. As banks increase rates to combat […]